Home / All Posts / Blog / Why a Virginia Court’s Decision... 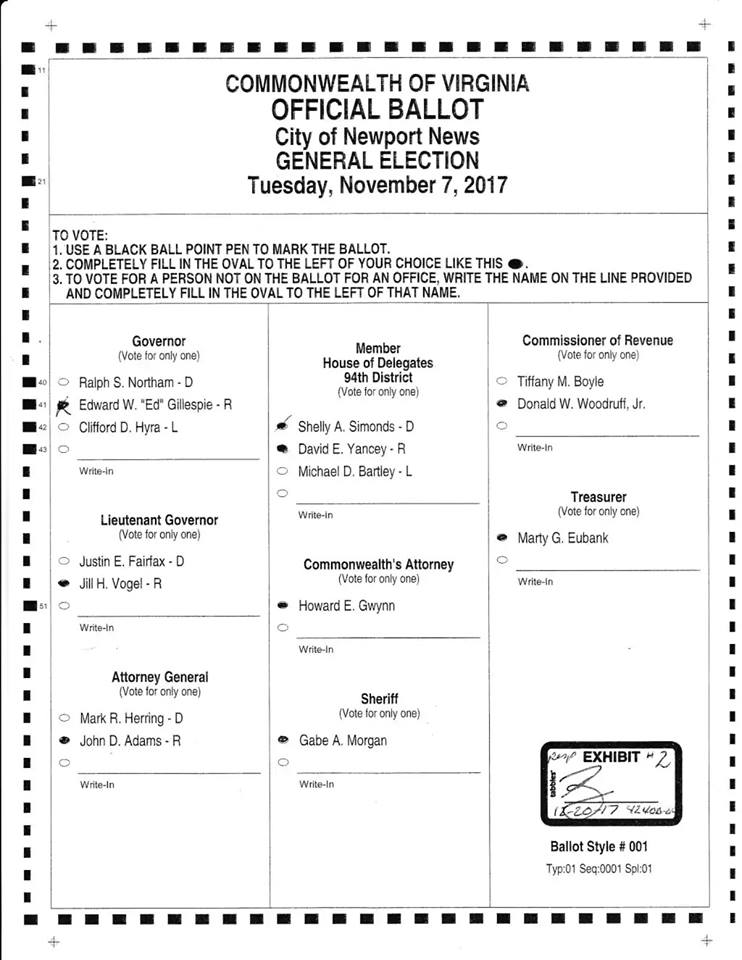 On December 20, 2017, a three-judge panel of Virginia state judges, led by Judge Bryant L. Sugg, ruled that there was no winner in the November 7, 2017 election for Virginia House of Delegates District 94. Previously, following a recount, Democratic candidate Shelly Simonds had been declared the winner, with one vote more than Republican incumbent Delegate David Yancey. After reviewing a contested ballot, the all-Republican judicial panel held that the race ended in a tie, with both candidates garnering 11,608 votes each. Under Virginia state law, the winner of a tied election is to be chosen by lot.

This decision is wrong.  The ballot in question, above, is an “over-vote” which are routinely discounted. In this case, in the race for Delegate, two (2) votes were cast for one (1) office. Under such circumstances, the law is clear that unless the “intent of the voter” is manifestly clear, the vote for that office is disqualified.  Per the Virginia Department of Elections own guidance, see photo below, this is a classic overvote. 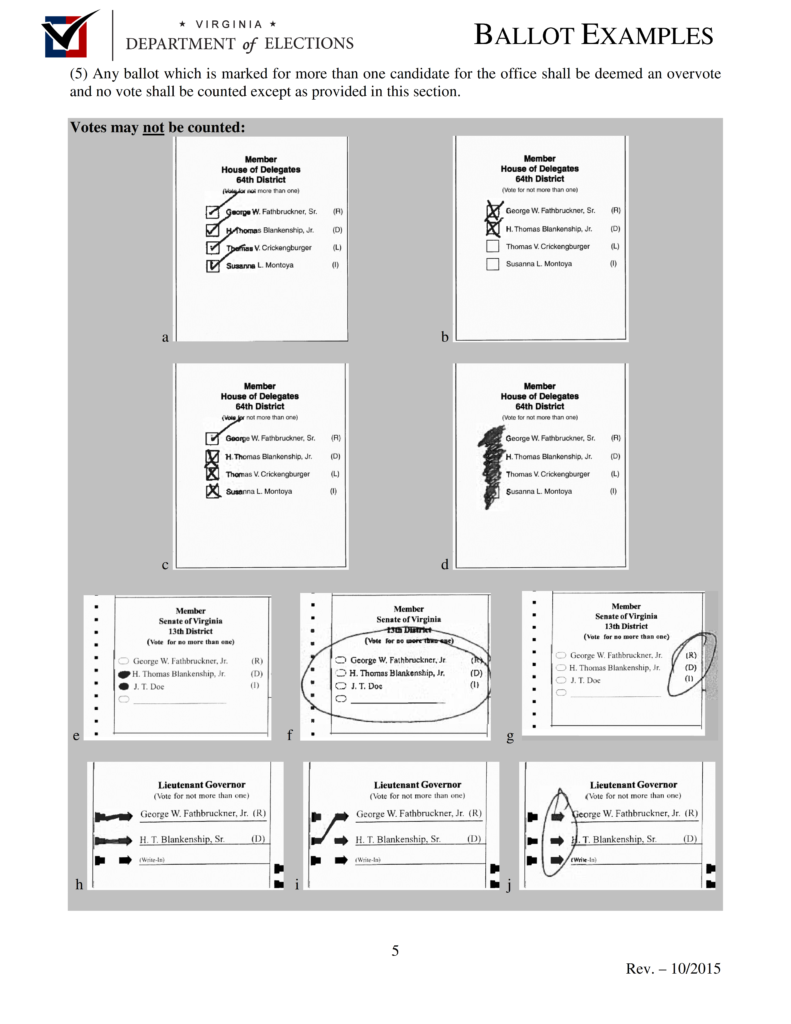 The judges seem to have relied upon the fact that the voter in this case voted for Republican candidates in other offices where the party was declared. Such a decision goes against a long and clear precedent of judicial interpretation of documents, as judges have always looked to the “four corners” of a document to interpret meaning. Known as the “parole evidence rule,” extrinsic evidence may not be used to resolve an ambiguity in a written text.

Not only was that done here, it was done absent any documentation of the voter’s actual intent.  The Court assumed — without evidence — that the voter intended to vote for a Republican over a Democrat, ignoring the common practice of “cross-over” votes. Indeed, as the 94th District of the Virginia House of Delegates has a Republican registration advantage, the Democrat clearly had cross-party appeal. The Court’s assumption – again, absent any evidence – that this anonymous voter was not among those splitting their vote is simply bad judging.

Finally, it is clear that the appeal was generated and influenced by partisan, political operatives.  As reported by the Washington Post, the Republican candidate’s campaign manager met with one of the members of the Electoral Board after the vote was certified for the Democrat.  At that candidate’s urging, the Board member raised the issue of the ballot above and then that candidate’s legal representatives pressed the issue before an all-GOP judicial panel.

The courts cannot simply become “politics by other means,” as this decision appears to be. Nothing less than the rule of law is at stake.

From the Archives: 2014 Interview with Harvard Law Professor Laurence Tribe

Chris Collins (R-27) was arrested on Wednesday, August 8, 2018 following an indictment by a federal grand jury alleging insider trading.  After...