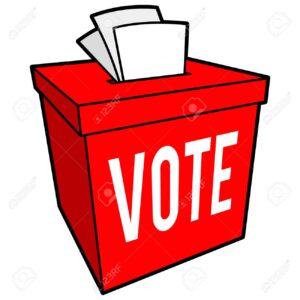 Professor Jeff Wice, with whom I sit on the New York State Redistricting Roundtable, issued the following release.

The following press release  from Make The Road NY is provided “for your information.”
Jeffrey M. Wice
Adjunct Professor/Senior Fellow
New York Law School
185 West Broadway
New York, NY 10013
(202)494-7991
Federal Judge Orders Islip Town to Stand Trial in September in Long Island Voting Rights Case
Pathway Cleared for Latinos to Address Claimed Voting Rights Violations New York (August 3, 2020) — Today, the Plaintiffs in Flores v. The Town of Islip will hold an outdoor press conference in front of Islip Town Hall to discuss the July 30, 2020 ruling by the Honorable Gary R. Brown, United States Federal District Court Judge, that made it clear that the issues raised by this case should go to trial and be decided with all deliberate speed. In this voting rights case, one of the largest Latino communities on Long Island seeks to vindicate their rights and the rights of generations to come by challenging the current at-large form of Town Government and replace it with a councilmatic system that would allow Latino voters in Islip to be able to finally select a candidate of their choice to represent them on the Islip Town Board. This important case is proceeding to trial this September, undeterred by the ongoing COVID-19 pandemic.

In June 2018, Plaintiffs – individual Latino residents and two nonprofit organizations that serve Latino residents of Islip, Make the Road New York and New York Communities for Change -sued the Islip Town Board and Islip Town Government, alleging that Islip’s at-large voting structure for Town Board denies Latinos representation in violation of Section 2 of the Voting Rights Act of 1965. Plaintiffs seek to replace Islip’s at-large voting system with single member districts, which must include at least one majority Latino district. Under the current system, Islip’s sizable Latino population is unable to elect their preferred candidates to Town Board because they are consistently outvoted by the white majority. Moreover, no candidate of Latino ethnicity has ever been elected to Town Board. During the pendency of the case, the November 2019 election for Town Board was held under the at-large system and, as has become routine in Islip, the preferred candidates of Latino voters, as well as the one Latino candidate, were decisively defeated.

WHO: Plaintiffs in Flores v. The Town of Islip

BACKGROUND:
On Thursday, July 30, 2020, Judge Gary R. Brown of the Eastern District of New York scheduled a September trial. In doing so, Judge Brown denied Islip’s plea to put off a trial, stating that this case is a matter of significance, and the Court will continue to expedite and prioritize this case.” Judge Brown’s decision to proceed in the face of the COVID-19 pandemic demonstrates the grave importance of this case and that it must be efficiently resolved].” As Plaintiffs have consistently argued, any delay would only further harm to a community that has been disenfranchised, ignored and forgotten for far too long. Judge Brown’s ruling is a step closer to victory for the Plaintiffs in ensuring that another election will not go by under a system that deprives Latinos in Islip the right to be heard.

The Plaintiffs are represented by a legal team that includes Frederick K. Brewington, Randolph McLaughlin and lawyers from the firm of Paul, Weiss, Rifkind, Wharton & Garrison LLP, who have undertaken this important case to bring about meaningful change for the Latino community of Islip. The press conference will include members of the legal team, members of the plaintiff organizations and some of the individual Plaintiffs. In the midst of necessary and important changes happening across the country, it is imperative that the Latino residents of Islip receive justice long overdue.

My Conversation With Caroline Fredrickson About Her New Book "The Democracy Fix."